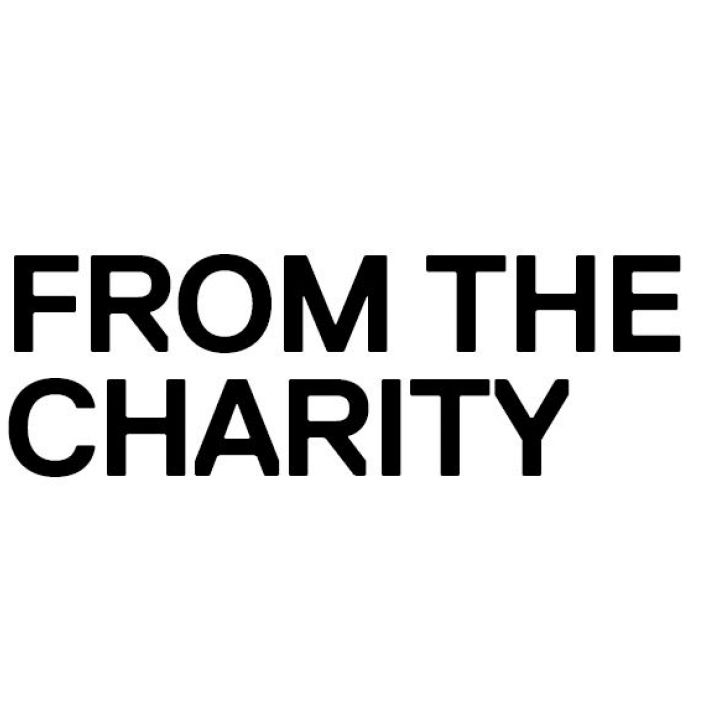 The charity cooperated fully with the BBC Panorama investigation. We are appalled at what happened and unreservedly apologise for any hurt or anger felt. It is not reflective of our organisation today.

We have instituted wholesale, radical change. We have and continue to put in place substantial measures designed to educate and enforce in order to prevent repetition.

Sea Cadets has a zero tolerance protocol and a specialist team to enforce our policies and provide support. We insist on compulsory training for volunteers, and DBS checks for all working directly with youngsters, supported by a 24/7 incident reporting line (displayed in all units), promotion of the NSPCC Childline number and a whistle blowing policy. We work closely with safeguarding experts to review and deliver training to support volunteers; we are accredited by the National Council for Voluntary Youth Services; and we report regularly to the Charity Commission.

Our culture encourages our employees, volunteers and cadets to speak up, disclose and confront any issues. We encourage anyone who is a victim to report it to the Police and anyone with any concerns can speak to our supporter care team (020 7654 7010). 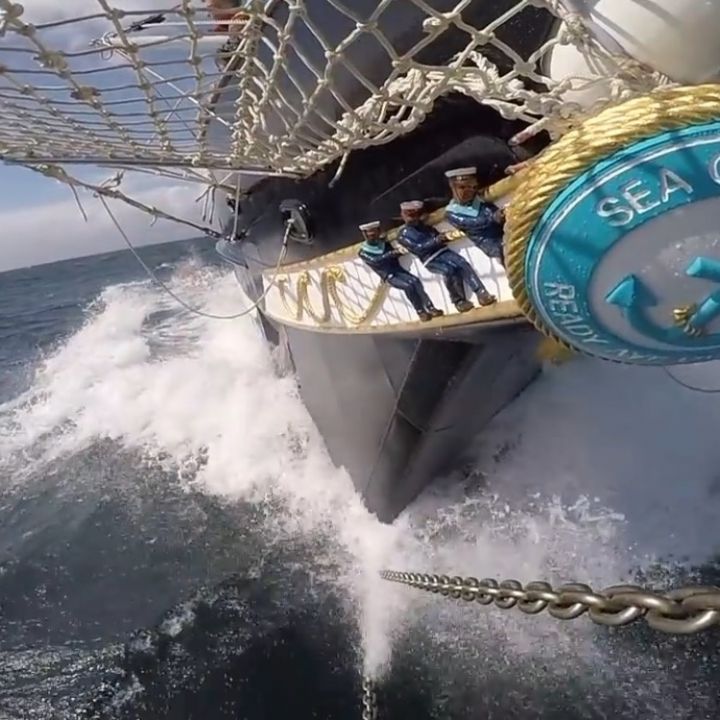 The winner of the Sea Cadets category at the Royal Navy's Peregrine Trophy pohotgraphic competition has been named as AC Sally from Tenby Unit.

Sally said: “I took the winning photo when I was away in October on board TS Royalist. I was out on the dinghy and my job was to sort out the jib sheet, but we got told to wait for a bit. Our Boson took her GoPro out and started taking pictures so I decided to join her and wrapped my camera around my wrist and started taking shots. I then put my camera back in my pocket without looking at the pictures and carried on working on the jib sheet.

"When we came off the bowsprit and moored later that evening, I checked my camera and that was the only picture that wasn't blurry so I was really happy with that! I honestly would never have thought that I would win this amazing award, especially out of all the sea cadets throughout the UK. It's an honour.”

Sally wins a paid trip to London for the awards ceremony in July and an offshore voyage on TS Royalist.

In second place, was MC Abigail from Blackburn Unit, who took a stunning image on TS Royalist with the sunset and mountain range in the background. In third place, with a commended photograph of her unit sailing a Quest in the sunset is AC Amy from Aberdeen Bridge of Don Unit. 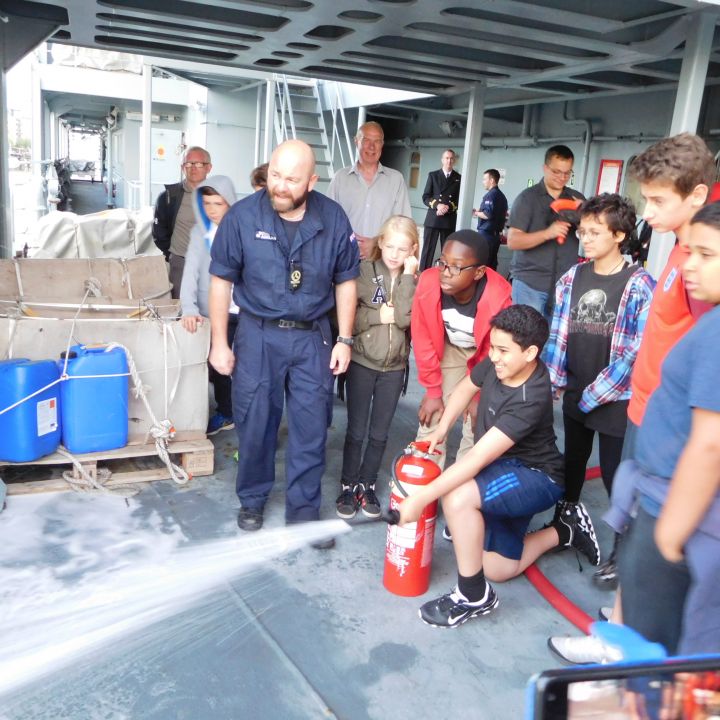 Argus is the Royal Fleet Auxiliary’s ‘Primary Casualty Receiving Ship’ and those on board enjoyed a tour of all areas of the ship, including the bridge, flight deck and armoury, as well as learning about her role in delivering cutting-edge medical treatment while afloat.

The outing was one of a number of events promoted by Seafarers UK to mark Seafarers Awareness Week, which aims to raise public awareness of the UK’s ongoing dependence on seafarers and the contribution they make to the UK as an island nation. The week’s two themes this year are ‘Maritime Jobs at Sea and Ashore’ and ‘Sea Ports for Prosperity’. 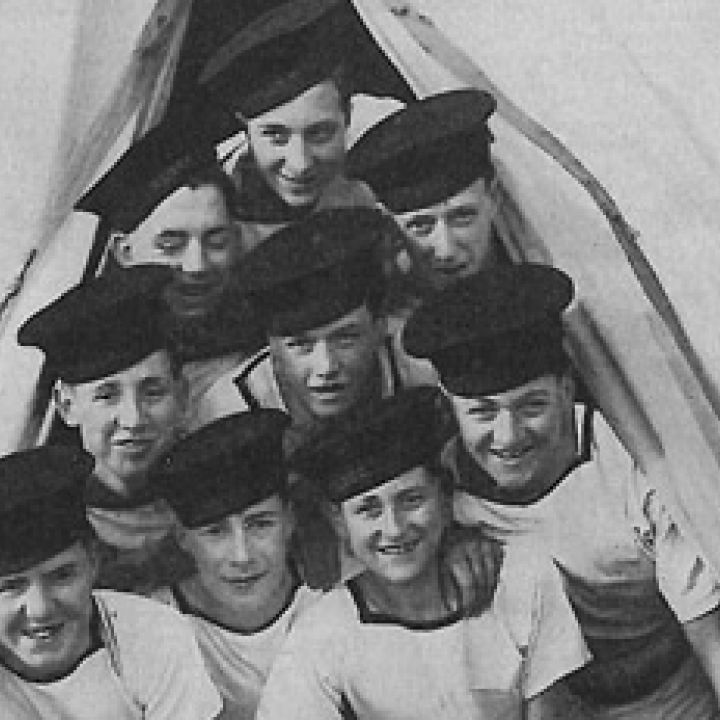 HAPPY BIRTHDAY TO US

Marine Society and Sea Cadets are another year older after celebrating their respective birthdays.

Marine Society was the world's first charity dedicated to seafarers, and dates back to 1756 when Britain was on the brink of war with Europe. Boys from poor backgrounds were recruited and given naval training so they were equipped to fight on the King's ships, and by the Battle of Trafalgar in 1805, a significant proportion of manpower for the Navy was being supplied, trained and equipped with Marine Society boys. Today, Marine Society offers tailored learning programmes that support the learning and professional development of seafarers at all levels.

Founded in 1856, the charity dates back to the Crimean War when sailors returning home from the campaign formed Naval Lads’ Brigades to help orphans who ended up on the back streets of sea ports. By 1899, Sea Cadets received royal recognition when Queen Victoria presented the Windsor unit with £10 for uniforms, and in 1919 the Admiralty officially recognised the 34 brigades and changed the name to the Navy League Sea Cadet Corps.

Nowadays, the charity has 400 units - run entirely by volunteers - across the UK and 14,000 cadets, while our royal association continues with the Queen as our, and Marine Society's, patron. 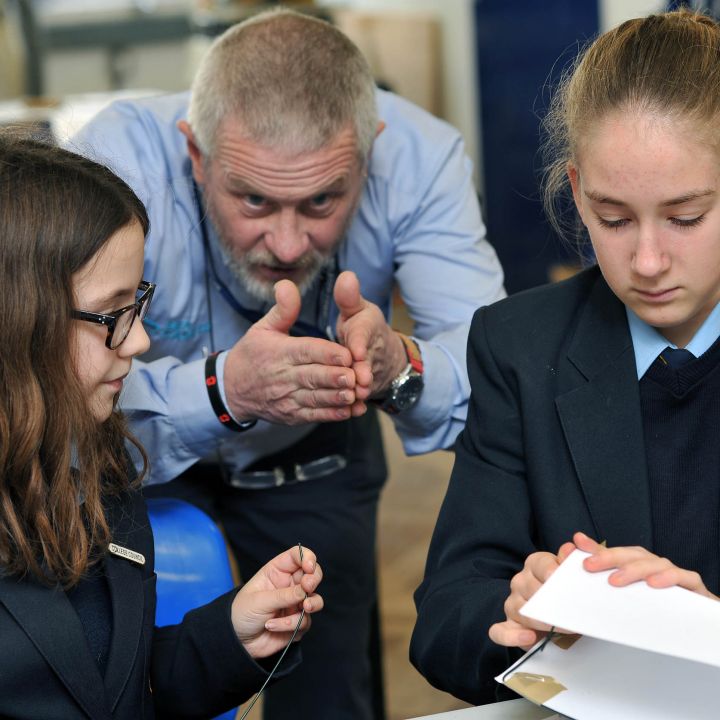 Today (23 June) is International Women in Engineering Day, which focuses on the amazing careers in engineering for girls, and also celebrates the achievements of our outstanding women engineers.

Sea Cadets offers all young people the chance to explore this sector. We offer qualifications to boost CVs and have also been bringing STEM to schools and units through our Marine Engineering Pathway (MEP) pods.

Sea Cadets' MEP project is a joint venture with Seafarers UK to raise awareness of marine engineering, helping to inspire young people to consider a career in STEM and to ensure greater access to mobile engineering training. The MEP pod is a mobile workshop trailer, which contains engineering equipment including a working and cutaway engine.

Taster workshops are offered in schools, and units can also book the pods, with volunteers delivering the sessions to cadets, allowing them to achieve an Intermediate Engineering Specialisation qualification. Inside the pod, cadets and students can get hands-on with cutaway diesel engines, mechanical components and experience a workstation with a full suite of tool kits including electrical and soldering equipment, giving them a real insight into a career in engineering.

The project, which was piloted in South West Area and has now rolled out to London, will reach other areas in the UK, with all six Sea Cadets areas covered by the end of 2018. The project is next scheduled to roll out in Northern Area in September 2017. To find out more, visit: http://sea-cadets.org/engineering

We use cookies to give you the best possible experience. To get the best results, please make sure you're using the latest version of your browser. By using our website, you're agreeing to our use of cookies. Read our Privacy Notice to find out what they're used for and how to change your settings.