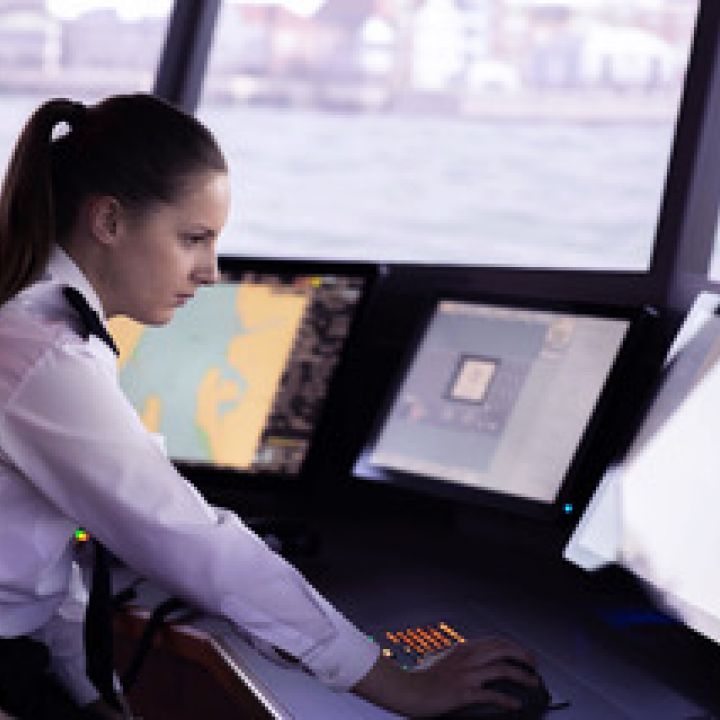 This year to celebrate the Marine Society & Sea Cadet’s birthday as well as ‘International Day of the Seafarer’ we are sharing the story of Abigail. An ex-sea cadet who now works in the Merchant Navy.

“My name is Abbie Sanders. I joined Sea Cadets as a junior in 2008, as soon as I was old enough. Then I worked my way up to Leading Cadet over the 8 years I was there.

“I thoroughly enjoyed and embraced my time at Sea Cadets and I am 100% certain that my current position and future was shaped during my time as a cadet.

“I was surrounded by enthusiastic and motivating staff that encouraged me to strive for my goals; one of which was becoming a dinghy instructor, which involved working abroad. The second goal was joining the Merchant Navy.

In 2014, Sea Cadets helped me to obtain my RYA dinghy instructor certificate. This allowed me to train other cadets, get a summer job working at home, and then abroad in Malta age 16.

This could have been quite daunting at a young age; going to live and work in a foreign country for a summer, but the skills and confidence I gained at Sea Cadets help me achieve my potential.

“This set me up well for my next adventure. Joining the Merchant Navy! The staff at Marine Society & Sea Cadets talked about careers at sea and encouraged me to embark on a Merchant Navy Deck Officer Cadetship!

“In 2016, I left home and went to study at Warsash Maritime Academy.

Thanks to Marine Society & Sea Cadets, doing a Merchant Navy Cadetship meant a shipping company (in my case Trinity House) paid for all my costs and paid for my training. It beats getting into student debt!

Trinity house also provided me with ship placements during my cadetship.

“I have worked on two cruise ships, a tall ship, a superyacht and a buoy tender. By doing this, I travelled the world and visited nearly 25 countries including Australia, Seychelles, India, Norway and more!

During this time, I have learnt such valuable skills. I am excited to go back to my unit; to share my knowledge and show cadets how being a sea cadet can take us so far in life”. 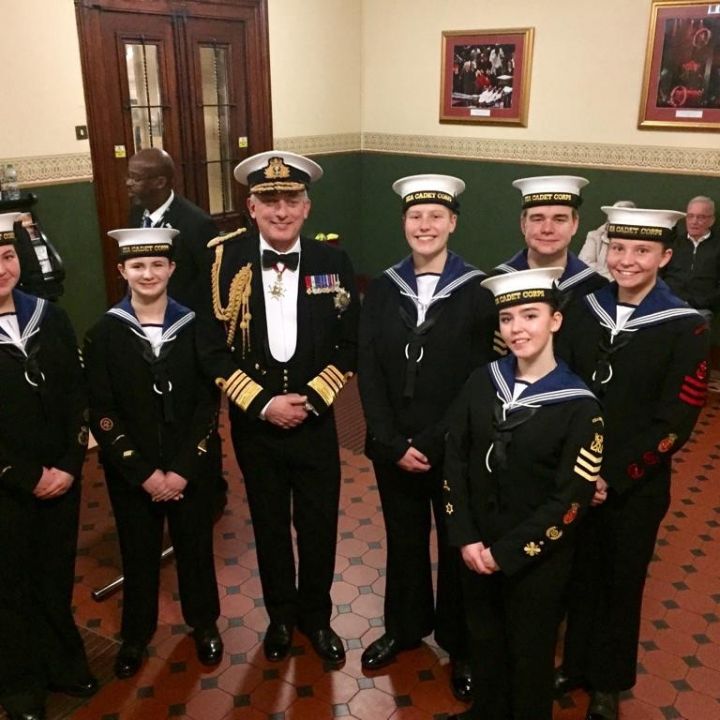 The Mountbatten Festival of Music features the Massed Bands of Her Majesty’s Royal Marines, performing over two nights at the Royal Albert Hall. These concerts display the outstanding versatility of the world’s finest military musicians in a spectacular venue. The Festival sees the Royal Marines showcase their incredible musicianship and pageantry and features a wide range of musical styles, including music from the big screen and superb solo items, as well as the traditional marches and overtures that have proved such a hit with audiences over the years. This year, Captain General Royal Marines Prince Harry was among those who attended.

Proceeds go to The Royal Marines Charity and CLIC Sargent.

First Sea Lord Cadets host VIPs at the event and help the event organisers with various other duties such as programme selling. 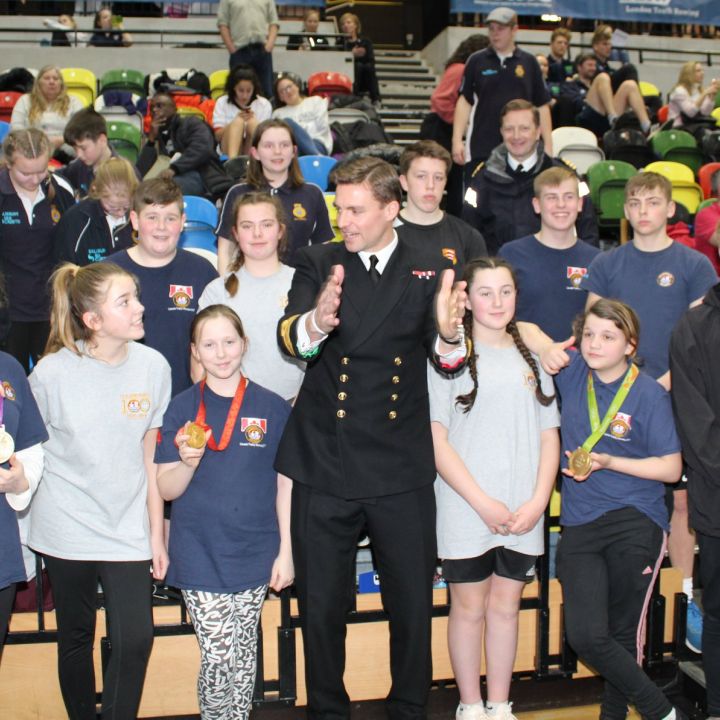 The National Junior Indoor Rowing Championships took place at the Copper Box Arena in the Queen Elizabeth Olympic Park London on Friday. The SCC was represented by over 40 Sea and Royal Marines Cadets from London, Southern and Eastern Areas with cadets travelling from Scarborough, Salisbury, Medway, Walton on the Naze, Newham, Southend, Rickmansworth, Newham, Chiswick, Kingston, Beckenham and Chislehurst and Sidcup to take part, along with their team managers, supporters and drivers. This year we had a group of cadets from the recently formed Medway Victory Unit - TS Temeraire which is a CEP Unit in Kent.

NJIRC is a hugely popular event with over 2000 rowers taking part from schools, rowing clubs and other organisations across the country.

Although there were no SCC medal winners on the day in either the single or relay races all of the cadets gave their all and behaved impeccably throughout racing against some top-flight rowers.

Huge BZ to all of the cadets that took part and thank you to all of the adult volunteers who gave up their time to facilitate their cadets taking part. 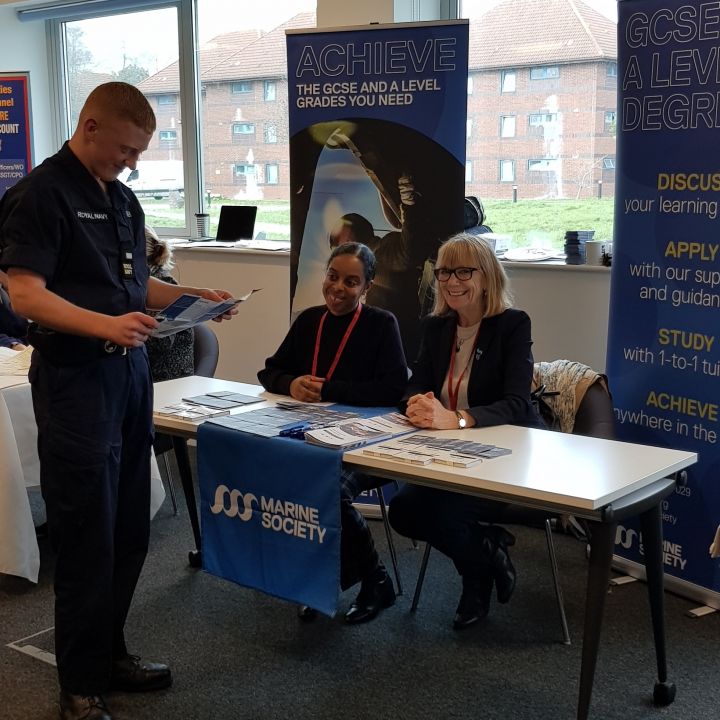 On Wednesday 13th March, Carla Rockson and Joan Pickering were invited to attend an Royal Navy Open Day at HMS Collingwood. This event was organised by the Learning and Development Hub Team to promote learning and development opportunities to serving personnel. Our GCSEs and A Level offer is promoted well by the Education Officers, who are impressed by the quality of our academic and pastoral support, that it is heavily subsidised and our excellent exam results. 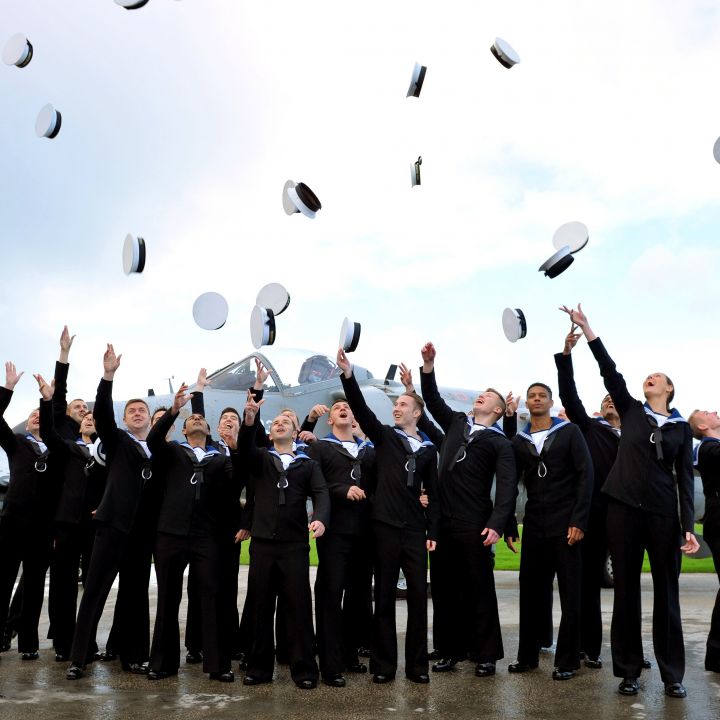 Marine Society is delighted to report 100% pass rate for IGCSE Winter exams taken in January 2019. Learners who are studying IGCSEs have the option to take exams in the winter or summer series, depending on when they have completed their studies and are ready to take their exams. Each year a small number of learners opt to take their exams in the January series. Results were published in March and we are pleased to report that all our learners passed is subjects covering English, Maths and Physics.

Marine Society offers a wide range of GCSE and A-Level courses to seafarers at affordable prices, and in a flexible format. Learners receive support from tutors and are able to take their exams on board ships or at Royal Navy and Royal Marines establishments.

We use cookies to give you the best possible experience. To get the best results, please make sure you're using the latest version of your browser. By using our website, you're agreeing to our use of cookies. Read our Privacy Notice to find out what they're used for and how to change your settings.