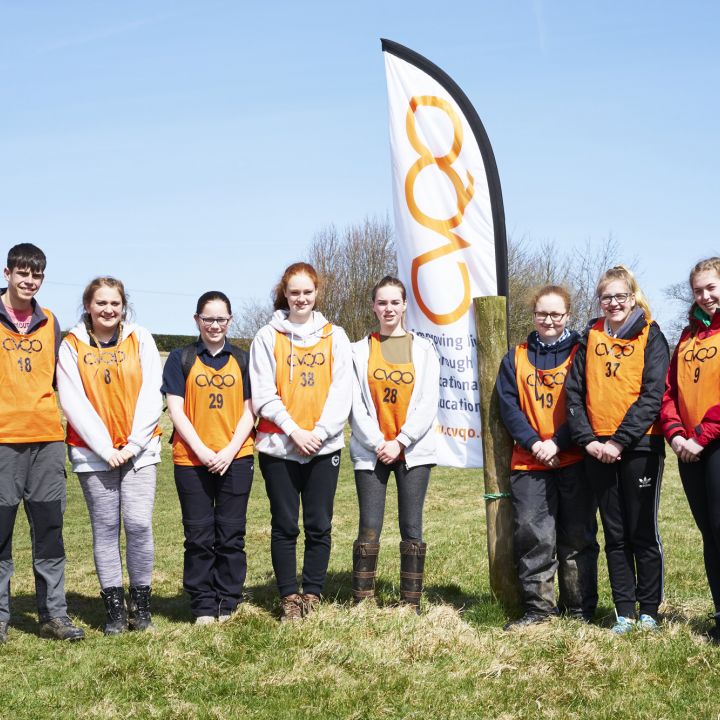 On Tuesday 3 - Friday 6 April, the annual CVQO Westminster Awards selection event was held in the Quantock Hills of Somerset. The event pits the 40 nominees from across the Cadet Forces against eachother in a series of task in fron to of the judges. Sea Cadets were delighted to have nine participants.

These annual awards recognise selfless, determined individuals who have overcome adversity or a personal challenge or have gone the extra mile to help others. The finalists took part in a week of challenges and tasks in mixed weather conditions, but all set about them with enthusiasm and vigour! The sea cadets now wait to hear which of them have made it into the final lucky 10 who will go to South Africa in the summer. 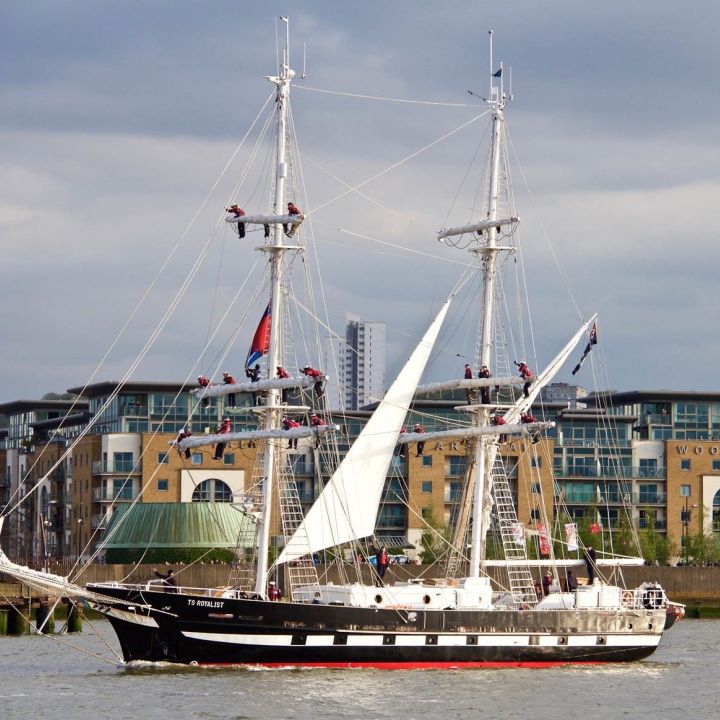 2018 OFFSHORE SEASON GETS UNDER WAY

Offshore season is well and truly under way, with the inaugural voyage of 2018 kicking off last month.

This year, our two new yachts - TS City of London and TS Sir Stelios - will be out on the water, alongside our flag ship, TS Royalist, and power vessels, TS Jack Petchey and TS John Jerwood.

An offshore trip is a fantastic opportunity for young people to travel, explore new places, meet new people and earn qualifications. They are heavily subsidised, and there are also bursaries available. 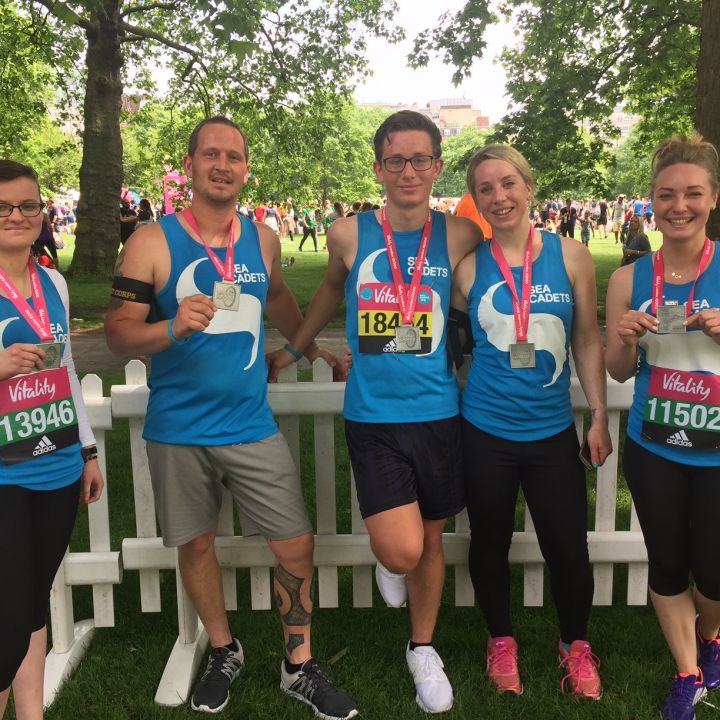 Sea Cadets is inviting people to come on board the Challenge Events team and raise money for the national youth charity.

You could run a half-marathon, cycle the Surrey countryside or swim through open waters in aid of Sea Cadets, and help launch young people for life today.

We offer full support to all our participants, and have places available for the following challenges:

We offer our supporters a package including a fundraising pack with useful tips, a Sea Cadets running vest, a welcome pack full of Sea Cadets goodies, support leading up to the event, a cheer team, and a medal.

You can view the full list of our events at: https://www.sea-cadets.org/challenge-yourself-for-sea-cadets

Sea Cadets' North West Area Officer, Charlie Bagot Jewitt, will walk from Scarborough Unit to Barrow Unit this May to mark his transfer from Eastern Area Officer and raise funds for Sea Cadets.

Starting on Sunday 6 May, Charlie will set off on Wainwright's Coast-to-Coast path, covering between one and 22 miles per day, and reaching the finish line on Sunday 20 May.

Now Charlie's route is planned, he is looking for enthusiastic supporters to get involved in his challenge. You also donate by visiting: https://www.justgiving.com/fundraising/charles-bagot-jewitt 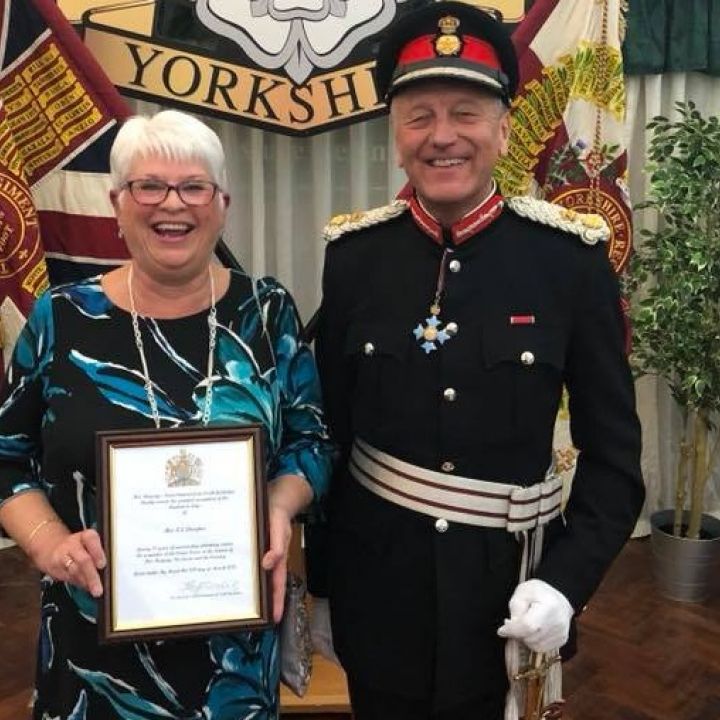 AWARDS GALORE FOR CADETS AND VOLUNTEERS

There has been plenty to celebrate at Sea Cadets this month, with awards galore for a number of our units, cadets and volunteers.

As well as important recognition for those who give so much to the charity, awards like these help raise the profile of Sea Cadets' work in helping launch young people for life.

We've mentioned some of these fantastic achievements below. Well done to all!:

- Louise Douglas, Chairman of Filey Unit's Parents and Supporters Association and Deputy Chairman of the Unit Management Team, received a Lord Lieutenants Certificate in recognition of exceptional service. Louise has been involved with the charity for nearly 20 years, helping to raise more than £100,000 in the past 10 years for her unit. Her award was presented by Her Majesty’s Lord Lieutenant Barry Dodd CBE at a ceremony at Worsley Barracks, York.

- The Eastern Area Staff Officer for Paddlesport, Lt Cdr (SCC) Mark Steggall RNR, and Bedfordshire 5 Troop Commander Major (SCC) Sean Smith RMR, were awarded the Bedfordshire Lord Lieutenants Certificate of Commendation for their meritorious service. The ceremony took place at Woburn Abbey – the ancestral home of the Duke and Duchess of Bedford – on 5 March, in the presence of the Duke.

- Margate Unit cadets and volunteers were invited to County Hall to receive a certificate and £500 cheque from the High Sheriff of Kent, George Jessel DL. Chairman Michael Bon and Vice Chairman Violet Roberts were accompanied by Cadet Natalya and Marine Cadet Brandon at the ceremony.

- Rhondda Sea Cadets has been crowned the 'Best Youth Organisation that engages Young People In Formal Education' in Rhondda Cynon Taff. The Youth Entitlement and Participation Service's award ceremony was held earlier this month, and the unit made sure its presence was known with 36 cadets, six volunteers, and several parents attending.

We're always keen to hear positive stories about our units, so please email: scmag@ms-sc.org if you have anything to share.